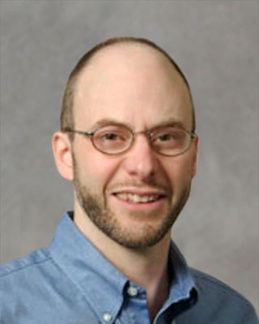 Dr. Jameson studies the factors that regulate the survival and activation of mature T-cells in the peripheral lymphoid system that engage in immune responses. An area of his current research interest is learning how vaccines work in the T-cell context. In experimental studies in mice, he and his colleagues applied vaccines to skin to see whether epicutaneous application was sufficient to generate an effective memory CD8 T-cell response that would be protective against bacterial and viral infection. Though somewhat less protective than injected or oral vaccine, epicutaneous immunization using adhesive bandages could potentially be used in developing countries due to the ease of application.

The T-cell component of the adaptive immune system is proving to be highly complex, with many T-cell subcategories being identified as investigative tools such as flow cytometry and transgenic technologies become more sophisticated. Flow cytometry, for example, now allows researchers to identify and isolate T-cells with tens or even hundreds of characteristics compared to just a handful two decades ago. These technological advances have enabled Jameson’s team to identify subsets of memory T-cells with different functions including those most protective against disease. One subset of memory T-cells in the circulation appears early in the immune response but these cells tend to die off (short-lived effector cells); Jameson’s group characterized a related subset that survive for much longer (long-lived effector cells). These memory T-cells, which were thought to be relatively unimportant in immune response, turn out to be the best among memory T-cell populations for protecting against viral and bacterial infections in experimental animals. Jameson’s team is exploring why these long-lived effector cells possess a functional advantage over other memory T-cells.

In a companion line of inquiry, Jameson and his colleagues have identified another subset of memory T-cells produced by an immune response that take up residence in organs and tissues such as the lung, liver, and skin and not in the circulatory system. Recently, they have found that a transcription factor called Kruppel-like factor 2 (KLF-2) acts as a kind of toggle switch in these cells that allows them to migrate out of body tissues when the switch is turned on and keeps them in place when the switch is turned off. These “resident” memory T-cells provide a valuable protective function because many infections are localized to barrier and mucosal surfaces where these cells reside, monitor threats, and recruit additional support if necessary.

Identifying the molecular signals that guide the development and behavior of long-term effector T-cells and resident memory T-cells will guide future research in Jameson’s laboratory. A comprehensive understanding of localized memory T-cells is key to developing novel immunization strategies including vaccines that produce a robust immune response in older people.

Survival, differentiation and trafficking of T cells, and their role in protective immunity against pathogens
The Jameson lab is mainly focused on CD8 T cell responses against pathogens, but we also study CD4 T cells and B cells. Recent work involves surprising findings on the subsets of memory CD8 T cells that offer optimal protective immunity (i.e. the cells best suited to eliminate viral, bacterial and protozoan infections) – and the vaccination approaches that produce and sustain them. We also study a critical transcription factor called KLF2, which we showed regulates T and B cell differentiation, and has a central role in controlling recirculation of T cells. While some memory T cells recirculate, some stay in peripheral tissues (e.g. the skin, gut epithelium, etc.) and are called resident memory cells (TRM). In recent work we showed that KLF2 expression is lost in TRM, and that this step is critical for generating the TRM pool. Lastly, we investigate the mechanisms by which homeostatic mechanisms can drive naïve CD8 T cells to acquire memory T cell characteristics, and the significance of such cells in host defense.

1) Protective immunity by CD8 T cells
CD8 T cells are capable of controlling many bacterial, viral and parasitic infections. Immune responses typically produce short-lived effector cells (most of which die around the time that the antigen/pathogen are cleared) and long-lived memory cells (which can support life-long immunity to reinfection). But the memory population contains several “types” or subsets of cells – which are most important for pathogen control? We investigated the function of a subset of memory CD8 T cells that keep expressing effector phenotype (“long-lived effector” cells), and were thought to be senescent cells with minimal capacity to respond. Unexpectedly, these long-lived effector cells offered optimal protective immunity against bacterial (Listeria monocytogenes) and viral (vaccinia) infections. We also studied vaccination approaches that efficiently generate the long-lived effector population. (For further details, look at Olson et al. 2013). We are exploring the basis for the improved protection by these cells, and extending the work on protective immunity to other infectious models (including malarial parasites).

2) Function of Kruppel-like factors in T and B cells
Some years ago we discovered that the zinc-finger transcription factor KLF2 plays a key role in T cell migration, through regulation of numerous trafficking molecules involved in lymphoid tissue entry and egress (Carlson et al. 2006), and we subsequently found that KLF2 regulates T and B cell differentiation (Hart et al. 2011; Weinreich et al 2009; Interestingly, KLF2 expression is heterogeneous among memory T cells: KLF2 is highly expressed by memory CD8 T cells in lymphoid tissues and blood. However, KLF2 expression is extinguished in TRM in non-lymphoid tissues (as diverse as the small intestine, salivary gland, skin and brain), which are critical for effective control of infections at barrier surfaces. Our studies suggest that induced downregulation of KLF2 and its targets (especially the protein S1PR1) is essential for establishment of resident memory cells. Hence KLF2 acts as a switch to determine whether memory CD8 T cells are part of the recirculating or resident populations (Skon et al. 2013). We are following this work with new studies on a subset of CD4 T cells that become resident within lymphoid tissues. We’re also now exploring related KLFs for their role in the immune system.

3) Homeostatic mechanisms regulating naïve T cell responses
Memory T cells are not only produced during the response to foreign antigens: Our work defined at least two distinct pathways in which naïve CD8 T cells acquire memory-like properties, through the response to cytokines (including IL-7, IL-15 and IL-4) and interaction with self peptide/MHC molecules. Such memory populations exist in normal unimmunized mice, and these cells show functional properties (including pathogen protection) similar to “true” memory cells. We are investigating the role of these populations in normal immunity, and ways to harness “homeostatic memory” cells for improved protection against infection (see Lee et al. 2013, Akue et al.2012; Hamilton et al. 2010). Since lymphopenia can induce generation of homeostatic memory cells, these findings have relevance for immune function in immunocompromized individuals, including cancer patients undergoing radio- or chemo-therapy. Furthermore, we have found that heterogeneity among naïve CD8 T cells dictates both how they will respond to homeostatic cues, and how they will respond to foreign antigen stimulation. We are investigating the basis by which some naïve CD8 T cells are much more potent than others in their response to infection, and determining how this influences immune competence.